Following the announcement in September that Facebook will discontinue the Rift product line in 2021, it appears the company is gearing up for a final sendoff by offering its latest PC VR headset, Oculus Rift S, for just $300.

Facebook launched Oculus Rift S back in March 2019 for $400, a price point built to appeal to consumers looking for a relatively cheap, relatively high-quality VR device, not to mention access to the platform’s exclusive titles such as Asgard’s Wrath (2019) and the Vader Immortal trilogy.

Created in partnership with Lenovo, Rift S was a step back in many ways from the original 2016-era Rift, but also a welcome jump forward in both display resolution and room-scale tracking. With no need for external sensors and a pair of tracked motion controllers already in the box, the only thing you need to get up and running is a computer capable of playing its games and apps. We also listed the minimum specs below, although you’d do better with a flagship GPU from at least 2018 onwards.

Due to the company’s recent choice to shelve its iconic Rift product line, you probably won’t be seeing many more Rift exclusives coming down the pipeline as a result though. Thankfully, Rift S is also compatible with SteamVR, meaning your options for PC VR content are practically unlimited. Games not on the Oculus Store like Half-Life: Alyx (2019), No Man’s Sky (2016), and Microsoft Flight Simulator (2020) are all playable on Rift S through Steam.

Granted, anyone using an Oculus product for the first time must connect a Facebook account, a controversial move that has landed the company in hot water both with enthusiasts the world over, and regulatory agencies in Europe. Still, at $300 it makes Rift S one of the cheapest modern PC VR headsets out there.

You can find this deal through official online retailers such as Oculus.com, Amazon, Best Buy, and NewEgg. It likely won’t get cheaper than this before Rift S is discontinued in 2021 and stock dries up completely.

What’s in the box?

Check out our full review of Rift S to learn all about what makes it tick. 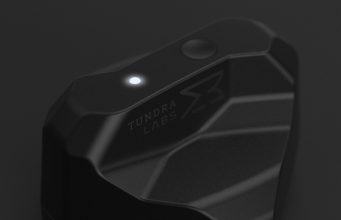 [Update] Make Way – ‘Medal of Honor: Above and Beyond’ Needs 180GB and Recommends Demanding Specs