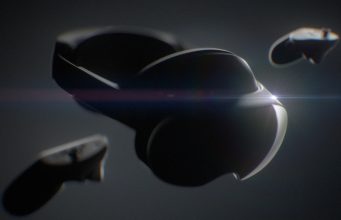 Facebook today confirmed Project Cambria, the MR headset which was spotted in a recent leak. The company says it’s a high-end headset designed to roll out more advanced technology before being able to bring it down to the price point of the Quest line. Project Cambria is said to be launching sometime next year.

If you followed along earlier this week you’ll already be at least a little bit familiar with Project Cambria; the headset’s look was revealed in leaked videos, but there were few details to be gleaned from it otherwise.

Today during Facebook Connect the company confirmed the headset, which is codenamed Project Cambria. Facebook CEO Mark Zuckerberg said that the headset “isn’t the next Quest,” though it will be compatible with the Quest platform.

The way Zuckerberg explains it, Cambria is a high-end headset (and will be “at the higher end of the price spectrum”) which will include advanced technology that the company wants to experiment with before considering bringing it to the more affordable Quest product line.

We don’t know a whole lot of specifics about Cambria yet, but the company did confirm a handful of things.

Eye-and face tracking will be included to provide a more realistic representation of the user within the virtual world.

From the leak and teaser photos we can also see that the controllers are ditching the tracking rings and are likely tracked with on-board cameras.

Project Cambria looks like it will lean much more into its mixed reality capabilities than Quest 2 is currently capable of.

Facebook said that the Project Cambria headset will launch “next year,” but offered no additional details on timing or price, though the company says it’s already working with developers to begin building experiences for the headset.

Watch 7 Minutes of ‘Warhammer: Tempestfall’ Gameplay Ahead of PC VR Launch Next Week 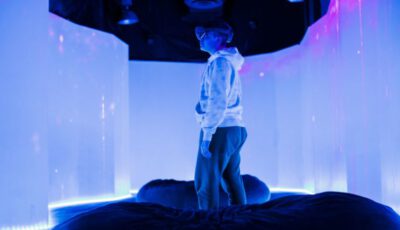 This Environmental Art Exhibit Is Powered By Mixed Reality

Meta Accounts Will Let You Login To Quest Without Facebook

Latest ‘Medal of Honor: Above and Beyond’ Updates Address Some Common Gripes